In 2013, with the help of the National Lottery Heritage Fund and many partners, we organised the British Chinese Heritage Project documenting Chinese Lives in Birmingham.

With exhibitions at The Barber Institute of Fine Arts, the Library of Birmingham and across the city,  Chinese Community Centre – Birmingham were fortunate to work together with partners and volunteers to uncover the remarkable stories behind the Chinese community of Birmingham.

The “British Chinese Heritage Project | Chinese Lives in Birmingham” was created to capture the hidden histories of Birmingham’s Chinese community.

There are approximately 20,000 ethnic Chinese living in Birmingham and the surrounding areas – this project helps to provide a valuable snapshot of their lives through individual stories and memories to preserve for future generations. 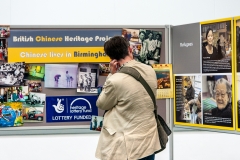 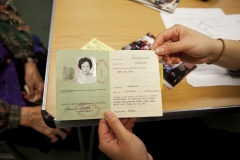 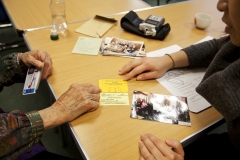 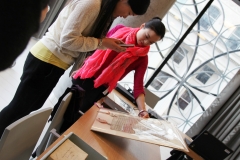 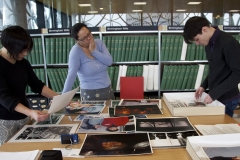 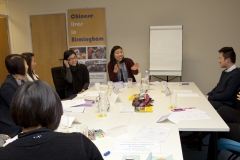 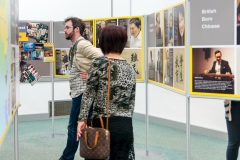 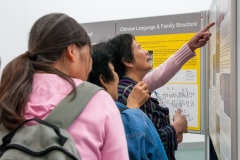 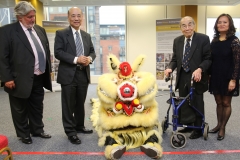 The British Chinese community is thought to be one of the oldest Chinese communities in Western Europe, with the first Chinese having come from the ports of Tianjin and Shanghai in the early 19th century. Later on in the 20th century, the majority of net migration came from former British colonies such as Hong Kong and Malaysia.

Anna Yim, CEO of Chinese Community Centre – Birmingham said; “We are delighted to be able to create this historical project that looks at the lives of individual migrants and British Chinese, as well as the development of the Chinese community in Birmingham – an integral part of the city’s history over the last half-century or so.

We use cookies on our website to give you the most relevant experience by remembering your preferences and repeat visits. By clicking “Accept”, you consent to the use of ALL the cookies.

This website uses cookies to improve your experience while you navigate through the website. Out of these, the cookies that are categorized as necessary are stored on your browser as they are essential for the working of basic functionalities of the website. We also use third-party cookies that help us analyze and understand how you use this website. These cookies will be stored in your browser only with your consent. You also have the option to opt-out of these cookies. But opting out of some of these cookies may affect your browsing experience.
Necessary Always Enabled
Necessary cookies are absolutely essential for the website to function properly. These cookies ensure basic functionalities and security features of the website, anonymously.
Functional
Functional cookies help to perform certain functionalities like sharing the content of the website on social media platforms, collect feedbacks, and other third-party features.
Performance
Performance cookies are used to understand and analyze the key performance indexes of the website which helps in delivering a better user experience for the visitors.
Analytics
Analytical cookies are used to understand how visitors interact with the website. These cookies help provide information on metrics the number of visitors, bounce rate, traffic source, etc.
Advertisement
Advertisement cookies are used to provide visitors with relevant ads and marketing campaigns. These cookies track visitors across websites and collect information to provide customized ads.
Others
Other uncategorized cookies are those that are being analyzed and have not been classified into a category as yet.
SAVE & ACCEPT